Tried to run in a thunderstorm last night but it quickly blew over.
Then the sky delivered a rainbow that looked fake, like a kid and Crayola production. 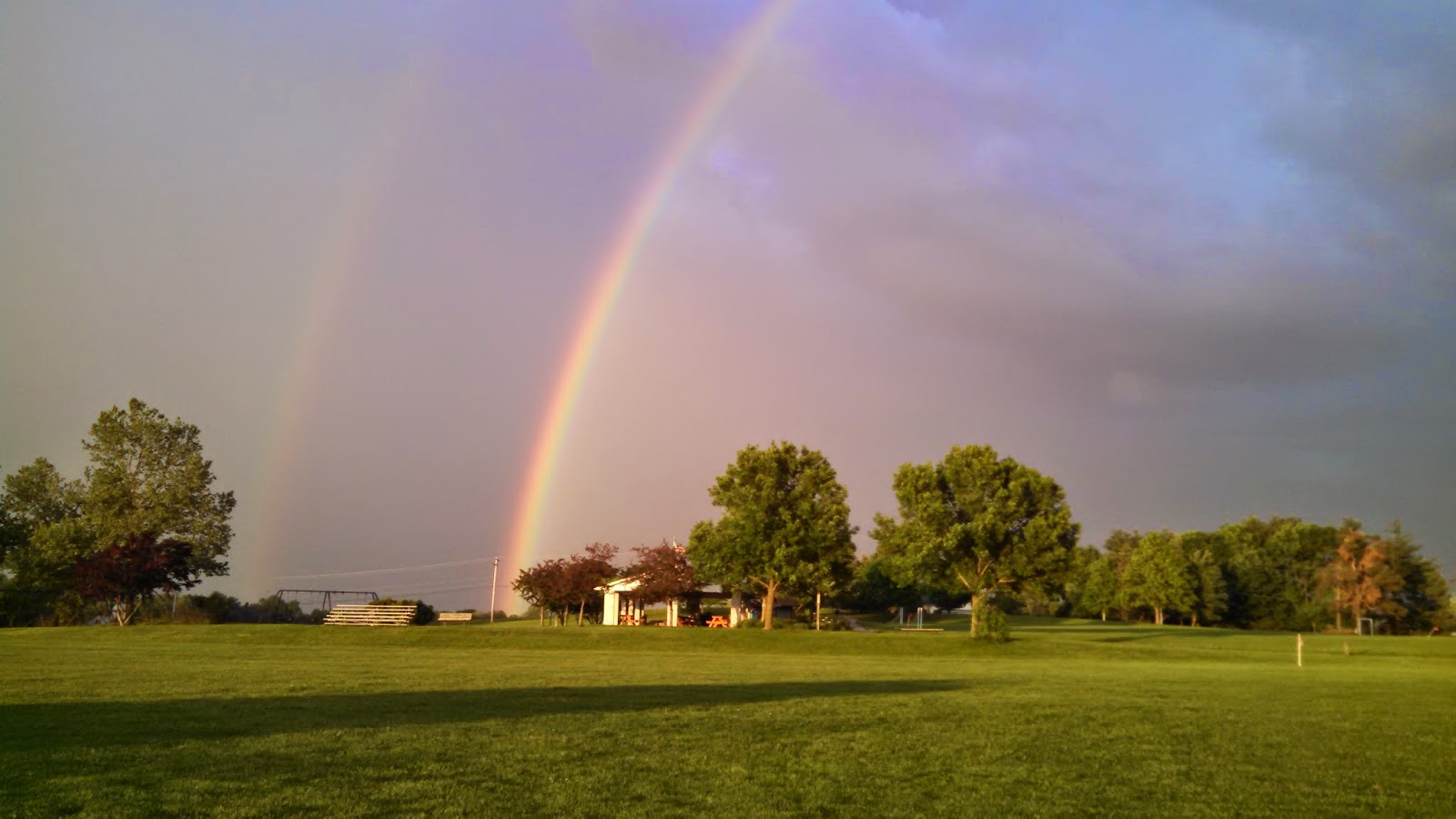 Different with this run was my lack of a route.
I always know exactly where I am going.

My normal Friday night run ends at the pizza shop for dinner with the family.

But I got out the door very late, favoring laundry and household chores over a run during rush hour.
I love running against traffic in rush hour.

So without a route, I kept adding on.
I normally do that when I run in snow storms because I just don't want the run to end.
I only got to see the rainbow because I decided I wanted to run up the biggest hill in the area and had to backtrack through a local park.

Night began to fall quickly as I was pushing the 8:30PM guaranteed darkness.

During the last quarter mile, I didn't notice right away but I was floating.
Not saying that running was easy.

But I felt my mind hovering a few feet over my body watching my run from a higher vantage point.
My body was still going but I was removed from the pain.
(My knee has been hurting all week - I think because some tough guy at softball slid into me at 2nd base.)

This feeling was new and familiar.
"Hmmm, I feel like I recognize this," I thought.

Then I realized it was a projection from the The Return of the Indian.
My daughter and I have been reading that series at bedtime for the past few months.
(I thought it was a trilogy 'til I just Googled it - guess we've got a couple more books in store.)

In one scene, the main character Omri travels back in time and finds himself part of the setting/scenery.
That's how I felt.

I got a few seconds of recognition.
Kind of like a lucid dream where you try to hang on.

Well just like a dream I got dumped back to the reality of the run.

But it was cool.
Gave a whole new perspective on the runner's high :-)
Posted by Mike of FailureToDetectSarcasm.com at 3:41 PM

Wait! Are you blogging again? Cause that would make two of us!